The weather command has been growing old, and needed an update. I spent a long time putting together a new design and writing the generation code for canvas. The highlight of the new image is a forecast. Now you can see what the weather should be like for the next four days. 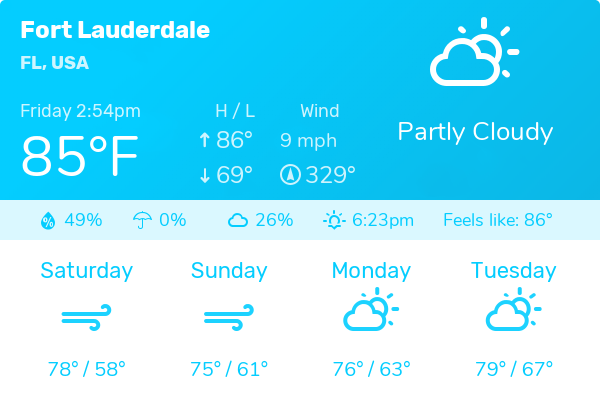 All anime commands have received updates. Something I think you'll like is that responses are now always sorted by popularity. This makes it much easier to search for media or characters with common names like Rem. Here are some examples: 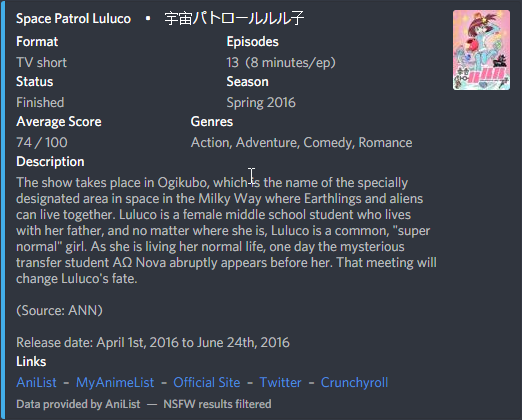 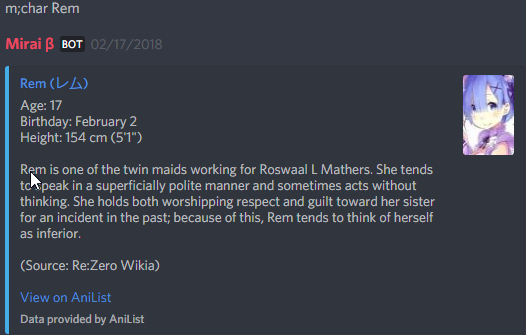 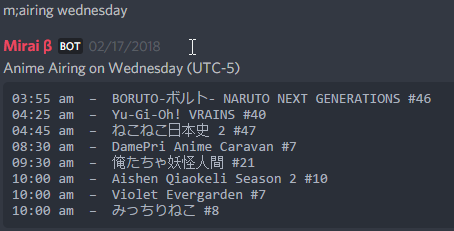 We have big plans for the music module. Here's a peek at some of the planned features:

Allows you to get a schedule of when anime you get notifications for air during the week.

A new website is well into development and expected to release alongside Mirai 4.13. Along with general useability improvements there's an entirely new server dashboard. Instead of admins being able to change a few settings, it will now also display things such as followed twitch channels, running polls, configured airing notifications, and things for other planned features.

The vote and lottery commands have been long due for an upgrade. I have plans to overhaul them with tons of new features. Giveaways for example will be able to specify eligible roles and minimum account age. I've also had many requests for the ability to restrict creation to certain users, so that will be added too. Polls and giveaways may also be able to use reactions instead of messages, making them easier for everyone.